Why You Don’t Need a College Degree to be Successful

Deciding if you are going to college is a big decision in anyone’s life. But does everyone need a college degree to be successful? There are a few things you should consider before committing. 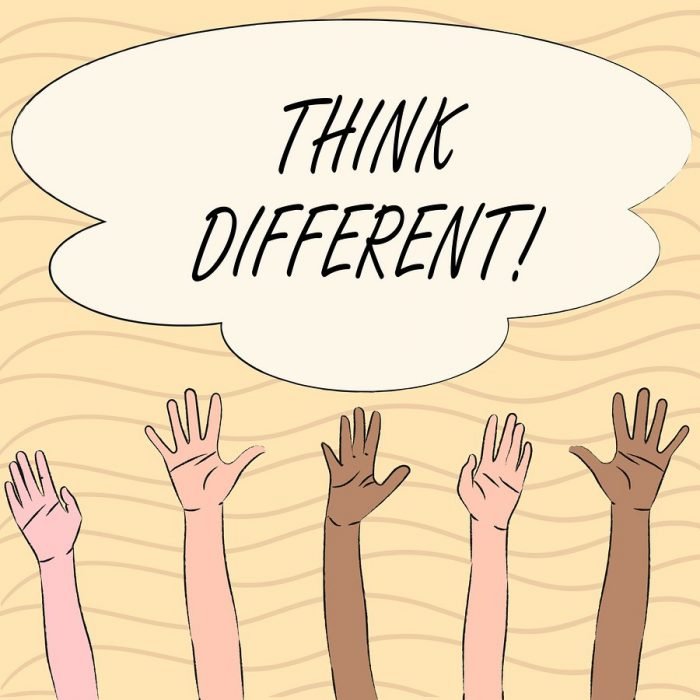 If you just graduated high school, you may be grappling with a critical question.  Do you need a college degree to pursue your dreams? The obvious and straightforward answer to this question is no. Countless examples show you can be successful without a degree. But for some reason, a perception that you can’t make it without a college degree persists.

Let’s be clear this article does advocate no continued education.  You must continue to grow and educate yourself after high school.  There are simply other ways to do it than going to college.

The expectation of going to college can be similar to religion in some ways.  Often, people are brought up with certain beliefs on the subject. You may have been born into a family that believes college is necessary to be successful.

That’s great in some cases and sets a certain expectation for future success and achievement in school.  But it also makes it difficult to break free these values. Even when they no longer make sense for an individual, and this can lead to several negative consequences.

What’s the cost compared to other educational opportunities? And what is the opportunity cost of not starting to earn money sooner than four (or five in many cases) years out of high school?

These are the financials that many young people and their parents don’t bother to figure out. The assumption is simply that someone with a college degree will always have more opportunity.

You aren’t guaranteed a better paying job just because you went to college, and you have to take into account the overall financial burden of a traditional 4-year college.

Let’s be honest and say that some college degrees don’t come with high paying job opportunities out of the gate. Even some professional degrees like a law degree aren’t guaranteed high salaries.  The median starting salary for a public sector attorney in 2016 was only $53,500 according to Chron.

For some people who go to college and get the wrong degree, or don’t do well enough, the payback may not be there. In other words, you may not have many higher paying options than someone who comes right out of high school and goes into the workforce.

The Cost of College is Too High

According to CNBC, “70 percent of college students graduate with a significant amount of loans.”  The average debt is $37,172 with an average monthly payment of $393.

Those numbers make it difficult for people to dig themselves out of debt while saving significant amounts of money. This alone starts to eat away at the notion that college is best for everyone.

A person with only a high school degree will need some on the job training, or trade-school in all likelihood to maximize their earnings potential. But they can obtain that additional education while earning money at work.

Not to mention on-the-job training is often more valuable than what you learn in a classroom. It’s also less expensive, giving a motivated individual a significant head start compared to their college-going peers.

You Can Start Saving Earlier

There’s also an argument that a diligent saver who works hard right out of high school can out-save the college graduate. Just looking at the average wages and potential savings, going to college does not necessarily mean you will be able to save more, especially if you have student loan debt like most students.

The high school graduate can get the benefit of compound interest earlier because they started earning sooner with less debt.  Most young people regardless of education level don’t understand how hard it can be to overcome a situation where they did not save early enough in their working career.

Using the numbers above of $37,172 as an average loan amount and assuming a 6% interest rate we ran the numbers through a repayment calculator. This leaves a student with a monthly payment of $410 to pay the loan back in 10 years.

In this example, we used the Bureau of Labor and Statistics median high school earnings of $37,012 for their entire career. This is the median earnings for a person with a high school degree and no college. They started saving 15% of their earnings immediately upon beginning work and saved the same amount for the next 40 years.

The college graduate earned a median of $60,996 and started saving as soon as they graduated. They only saved %5 until their college loan was paid off. After the loan payback is complete in 10 years, they also save 15% a year until the final year.

You see that the high school graduate can save more by the end of the 40 years.

Yes, there are multiple variations to this scenario that could change the ultimate winner at the end of the day.  But the example speaks volumes about the potential of someone who is a responsible saver. With or without a college degree, you can still be successful.

Some professions require a traditional degree, but some do not. Put some serious consideration into the need for a conventional college vs. online courses. For instance, you might think you need to have a computer science degree to become a software developer. That’s not true, and you will find plenty of sites like Coursera and Codecademy that offer low-cost options.

Imagine if you can learn to code, a highly desirable skill in the marketplace, for a fraction of the cost. Learning by using online technology has the potential to increase your annual salary significantly — all without incurring five and six-figure debts.

You’re Going to College for the Wrong Reasons

Some people know college is not for them. We all have friends that went to school for a couple of years before dropping out with nothing to show for it. Often that’s the case of a person who was pushed to go to college by parents.

Once those kids arrive at school, you typically have two camps. First, there’s the group whose happy to spend four years away partying with their buddies.  But hitting the books is never going to play a serious role. These kids might graduate, but with grades so poor their job prospects are minimal.

Then there are the kids who genuinely feel out of place but continue down the path because of pressure. This group is the most likely to drop out even though it may disappoint their family.

Regardless of the reason, we need to stop shaming kids.  Instead of pointing in one direction, show them the options that exist.  We need to honestly evaluate young peoples skillsets and direct some along a different path.  College isn’t the right place for many very talented people.

You Already Have a Talent or Passion

If you’ve always had a passion for something, and it doesn’t require a college degree, consider pursuing it. There’s nothing better in life than getting to do what you love every day.  Not to mention you can make money at the same time.

So often kids have these passions and talents that can become a profession. But it’s frequently overlooked by parents with a college-at-all-cost mentality. It may be better to give that passion a chance for a few years.  If it doesn’t go anywhere, going to college is still an option.

That said, if your passion is to be a doctor, veterinarian, or lawyer, then there’s no choice. You should pursue those passions as well, and a commitment to the required schooling is necessary.

Options Other Than College

There are so many alternatives that allow you to continue learning relevant skills and increase your value. From trade-schools to online courses, the world today has more options than ever before.

Young people need to start looking seriously at these options before committing to college. There are countless stories of regular people learning anything from a trade skill to coding, and quickly beginning a great career.

Becoming an entrepreneur can be one of the most lucrative routes to take if you’re a driven individual.

You’ll need to do a lot of learning if you take this path, and potentially fail along the way. But if you start young, and learn what makes a business successful, you can make a killing doing something you love.

Opportunities are everywhere these days, from real estate, online eCommerce businesses, and fields like Search Engine Optimization that don’t require a four-year degree for big-time success.

Successful People Who Did Not Graduate from College

If the numbers don’t do it for you, let’s take a look at some of the most successful people who don’t have a college degree. The list could go on and on, but here are some of the most recognizable names that never attended, or dropped out of college.

It’s true that many of the people on this list were Ivy League dropouts.  And yes these are exceptional examples.  But there are millions of everyday people without college degrees who own successful businesses of all sizes.

College is a tough decision and has enormous impacts on a person’s life. Not everyone is right for college, and it’s time we start realizing that not going to college can be better for many.

It’s a reality that is proving hard to overcome. With vast numbers of young college graduates sitting on massive amounts of debt and insufficient high paying job opportunities, it’s hard to understand why? But many still think college is the only option.

It can’t continue forever since the economics are not sustainable. Eventually, we will begin to realize the other options that exist and present just as good an opportunity for success in life.

In the end, only the person getting the degree can know if it’s right for them. We should be trying to guide these people in the right direction rather than force them down a singular path. Change is extremely hard in all aspects of life. It’s especially hard when you’ve lived with the assumption that college is a requirement.

This is just another example of a challenging cultural change that needs to take place. We will all be better off for it in the future. 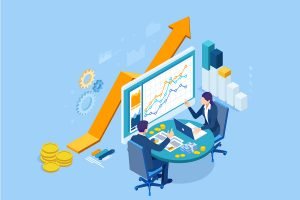 Finance and Accounting Jobs Without a Degree 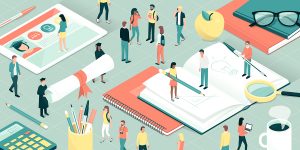 Why Going Back to School at 40 or Older Can Make Sense?

Recession-Proof Jobs For a Bad Economy